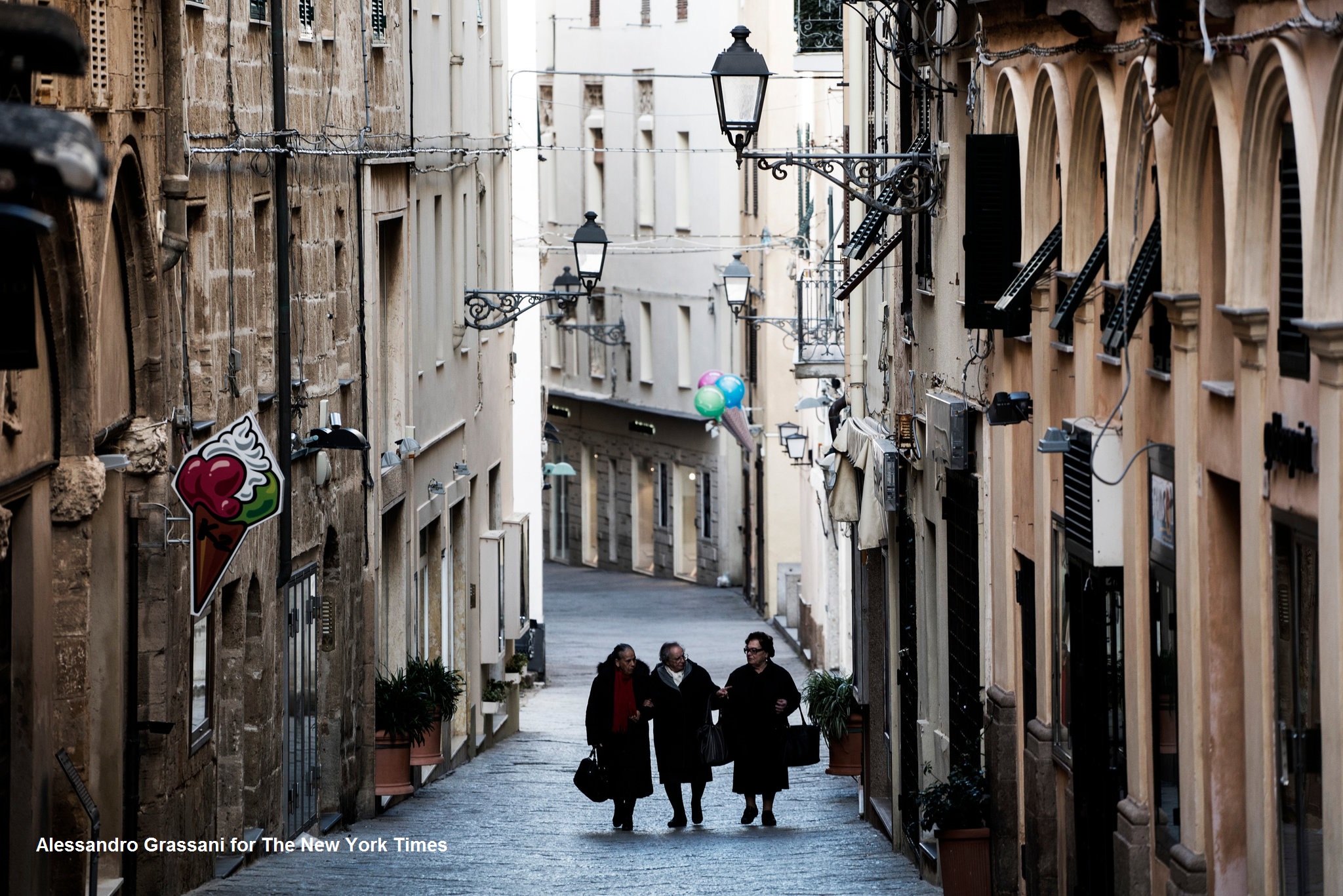 ALGHERO, Italy — The first Catalans reached Sardinia in the 14th century, when troops sailed from the eastern coast of what is now Spain as part of an expansion into the Mediterranean.
After an uprising slaughtered the forces garrisoned in this northern port on the island, King Peter IV expelled many of the locals. In their place, he populated Alghero mostly with convicts, prostitutes and other undesirables, many of them Catalans.

Today, Alghero is a linguistic anomaly. This walled and picturesque city is, quite literally, the last bastion of Catalan in Italy.

But while the traditional insularity of Alghero has helped to preserve Catalan, the language is struggling to survive even here.
Only about one-quarter of the 43,000 inhabitants of Alghero speak Catalan as a main language, according to local officials. It is hardly spoken among younger people and barely taught in schools. Nearly a century ago, almost everyone spoke Catalan, according to a census conducted in 1921. 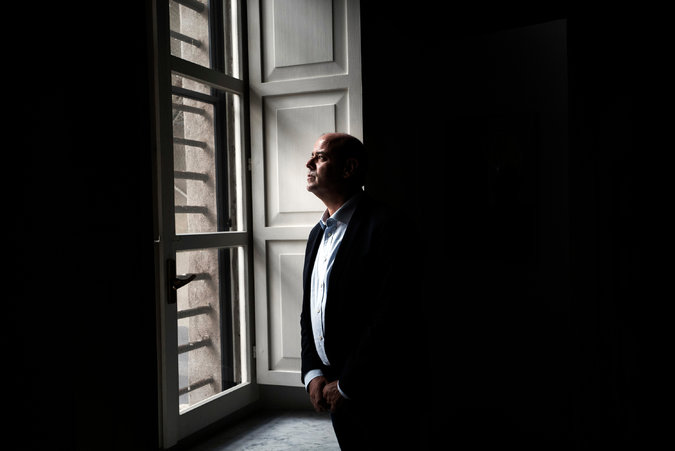 Joan-Elies Adell is tasked with promoting Catalan culture in Alghero. “People have to start understanding that they risk losing a unique cultural treasure,” he said.CreditAlessandro Grassani for The New York Times

“You can organize conferences, publish books and do many other things, but speaking is the only thing that really keeps a language alive,” said Sara Alivesi, a journalist who writes for the newspaper group behind Alghero’s only online publication in Catalan.
The sad reality is that I think people here have other worries and don’t value how much the language is really a unique characteristic of our city,” Ms. Alivesi said.
After Sardinia was taken over by the Turin-based House of Savoy in 1720, eventually becoming part of what is modern-day Italy, the Catalan language virtually disappeared on the island.
Now, Catalan is not only overshadowed by Italian, but it must also compete for recognition with a handful of other languages and dialects, including the dominant indigenous language, Sardinian.
Catalan is rarely heard on the streets in Alghero, though many signs are written in the language. Restaurants also label some of their dishes as Catalan, including a local version of paella.

The language’s decline here stands in contrast to its status in the Iberian Peninsula, where it has seen a revival since the late 1970s, when Spain’s return to democracy ended a ban on Catalan imposed during the dictatorship of Francisco Franco.

Franco’s ban did not snuff out the language. In fact, the private use of Catalan became a form of quiet resistance to the dictatorship. In Italy, meanwhile, the use of Catalan was neither prohibited nor encouraged.

Sara Alivesi, a journalist with a local Catalan online publication. “You can organize conferences, publish books and do many other things, but speaking is the only thing that really keeps a language alive,” she said. CreditAlessandro Grassani for The New York Times

In 1999, Italy adopted a law to defend 12 historic minority languages, including Catalan. But local officials complain that it has not helped expand the use of the language, particularly within Italy’s heavily centralized education system.
“The Italian education system has long spread the idea that it’s not useful and perhaps confusing to teach such a language alongside Italian,” said Joan-Elies Adell, who leads the office of the Catalan regional government in Alghero, which has the task of promoting Catalan culture.
“It can be harder to overcome such an idea than oppression,” said Mr. Adell, whose office has a pile of unused Catalan textbooks.
“The books are not lost and could still be used, whenever Catalan actually gets taught more here,” he added.
As part of a trial state project, some schools in Alghero now offer lessons in Catalan. Three associations give weekly Catalan classes to about 150 adults, but they are run by volunteers and operate only half the year.
Mr. Adell noted that some schoolchildren went on to study in Barcelona, the main city in Catalonia. But he acknowledged that, for Catalan to be safeguarded, “people have to start understanding that they risk losing a unique cultural treasure.”
Experts, however, sounded despondent about Catalan’s future in Alghero, and about the way the Italian authorities have handled minority languages in general.

Catalan textbooks. “The Italian education system has long spread the idea that it’s not useful and perhaps confusing to teach such a language alongside Italian,” Mr. Adell said.CreditAlessandro Grassani for The New York Times

“For a certain period, they faked it, because it was politically correct to say that you wanted to enhance languages,” said Francesco Ballone, a local linguist who has a doctorate in applied phonetics from the Autonomous University of Barcelona. “Now, that period is finished.”
Still, some here are hoping to fan the embers of the language.
Claudia Crabuzza, 41, a singer from Alghero, said she did not speak Catalan with her partner and their three children. But she decided to release her latest album this year in Catalan, and won one of Italy’s most prestigious music awards in the process. She recorded her songs in Catalonia, with musicians from Spain’s northeastern region.
Learning Catalan, she hoped, would take her on a cultural and personal journey back to her roots.

“Like many other people from my generation, I had grandparents who spoke Catalan, but the family language transmission was then broken once my parents spoke Italian to me,” Ms. Crabuzza said.
But I knew that I had Catalan deep inside me, like a treasure worth making the effort to rediscover,” she said, adding that Catalan enabled her to “express my feelings in a different and probably more intimate way than using Italian.”
But few seem to share Ms. Crabuzza’s passion for rediscovering their Catalan identity.
Even if children are not taught Catalan at school, some could still learn the language from older residents like Gavino Monte, 80, who keeps fit by cycling around the city every morning.

Mr. Monte said that he spoke only Algherese, which is what the locals call their dialect of Catalan, to his five grandchildren.

“It should stay our family language,” he said.