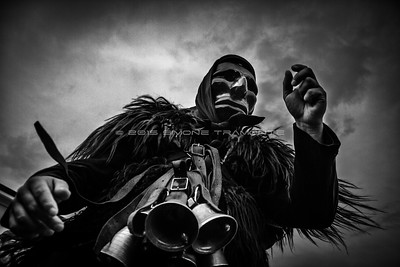 On 17 January, the lighting of the bonfires dedicated to Sant’Antonio opened with a flourish the Island’s Carnival season, lasting till Ash Wednesday.

From the re-regina at Tempio Pausania to the fantoccio in the north and south of the island, from the horse-riding events in Oristano to the grim masks of the Carrasecare in the Barbagia area, Carnival is a much-loved break in daily routine: everywhere, townsfolk and villagers take to the streets to celebrate with broad bean and lard stew, the delicious fried zeppole and wine the approaching end of the winter season and the slow reawakening of Mother Earth. 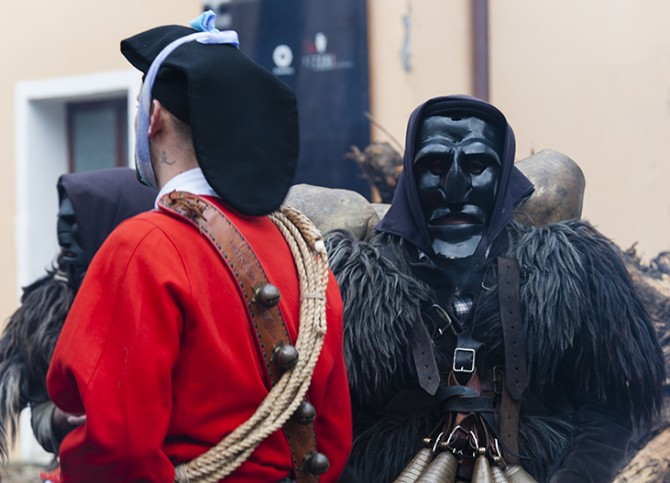 Mamoiada comes alive with the Mamuthones: draped in animal skins and wearing eerie wooden masks they parade through the village stamping in unison to the deafening clang of the heavy cattle bells sewn to their coats. They are herded by the Issohadores, wearing red waistcoats, who create a merry commotion by throwing their soha, a rope made of reeds, to lasso people from the public. 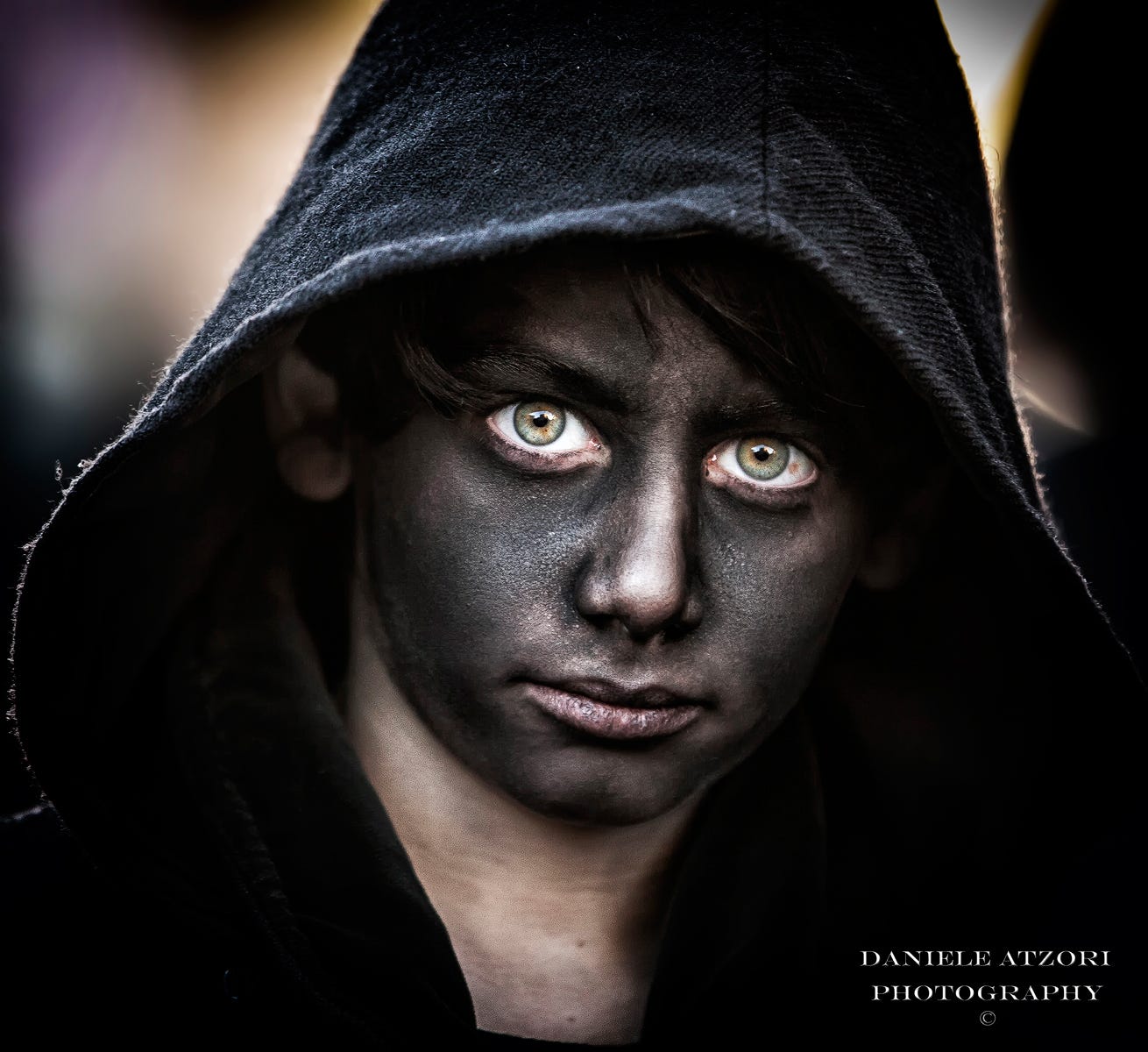 At Orotelli you will find Sos thurpos, wearing coats of thick black cloth with pointed hoods and with their faces covered in soot. They symbolise the life of the peasant and the relationship between man and animal, master and servant. 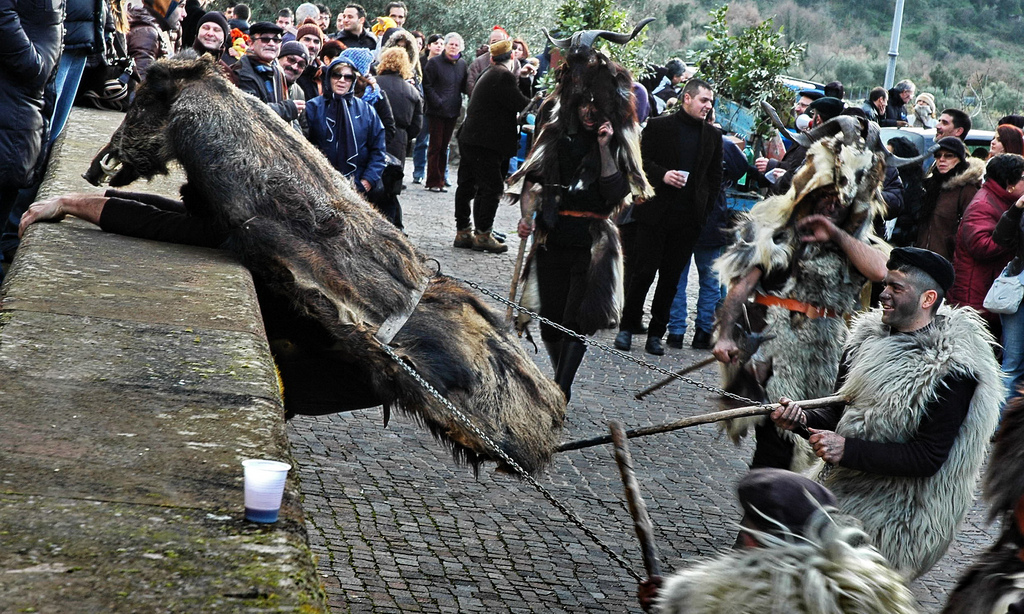 The figure of S’Urzu, whose literary origins can be traced back to the words “orco” (ogre) or “orso” (bear), is found in Samugheo, Fonni and Ula Tirso. S’Urzu wears a mask representing the head of a goat with long horns, a goat skin and a black woman’s kerchief to cover his head.  Su Omadore captures him and the Mamutzones kill him. 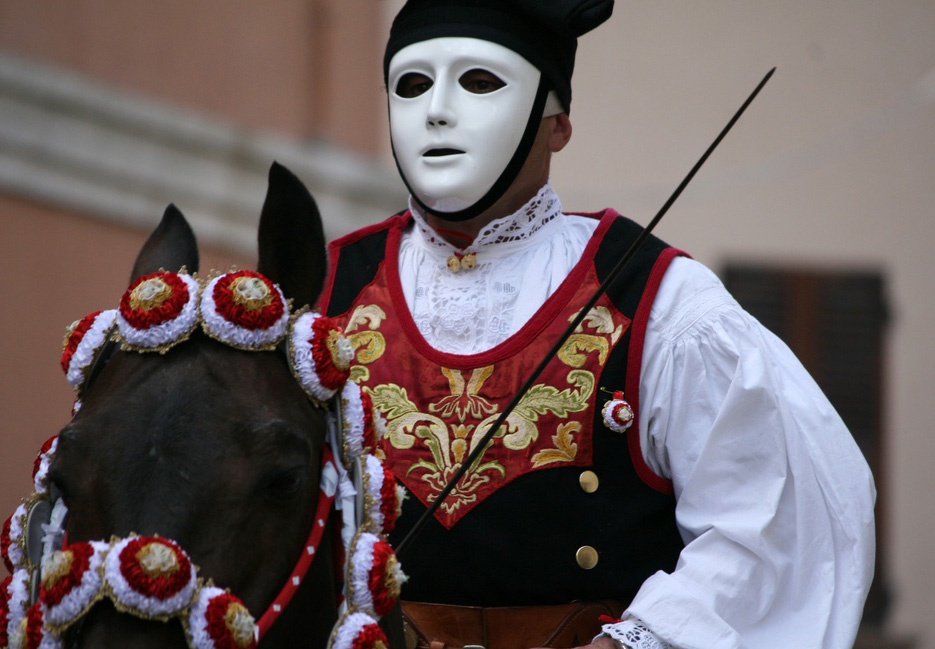 The Sartiglia at Oristano is a delightful medieval pageant where horsemen wearing a white mask perform stunning races and acrobatics. Su Componidori, his face covered by an androgynous mask and dressed up by the massaieddas, oversees the ceremony and leads the horsemen who will try to centre a hanging star with their sword.