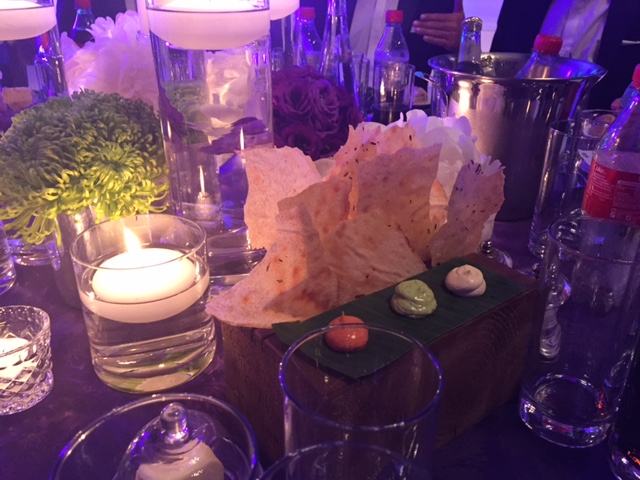 This is a personal picture. Pane Carasau (Carasau bread), also known ‘Carta da musica’, was served during the official dinner that closes the international tournament of Wimbledon.

Sardinia is a land surrounded by one of the clearest seas of the Mediterranean, with the fine sandy beaches and a culinary history thousands of years old.  A land that has kept intact its traditions, has not forgotten its origins, and safeguarded its treasures, especially culinary.
Among these treasures, one of the most famous edible ones is the Pane Carasau (Carasau bread). It is a symbol of the island, also known by the name of “music paper” because of its texture. Carasau bread was born to allow pastors to always have food available that could last for days without losing flavor and characteristics.  At one time, even that far, this type of bread was prepared exclusively in the house by the women. Each family exchanged its own good food (oil, bread, cheese …) with each other and so the family, even the most modest, had assured the daily food.
A so simple (durum wheat flour, yeast and salt are the only ingredients) and tasty bread has a very complex process, divided into seven stages, at which point the bread from the typical oval shape, light and crisp, is ready.
Precisely because of the laborious process of machining and the remarkable physical energy necessary for the creation of Pane Carasau, there were always at least three women to make it. The mixture was spread on separate disks from the shoes of linen or wool stacked. To heat the oven was used the oak, and baking bread began at dawn. When the circle of dough began to swell turned on the other side and leaned gently a wooden paddle to promote uniformity of shape. Once baked the loaf, it was divided in two to get equal disks. The term “Carasare” means “biscottare” (cook twice): Carasau bread, in fact, owes its crunchiness to the double baking in a wood oven. Usually, Carasau bread is dressed with oil and stuffed with fresh cherry tomatoes and oregano, almost like a cold pizza.
Carasau bread is divided into two types, according to the ingredients used.

Guttiau: it is Carasau bread seasoned with oil and salt. When wet is put back in the oven for a light toasting which gives a great flavor to the bread dough. Other variants of Guttiau are with garlic, onion, red pepper and black pepper. 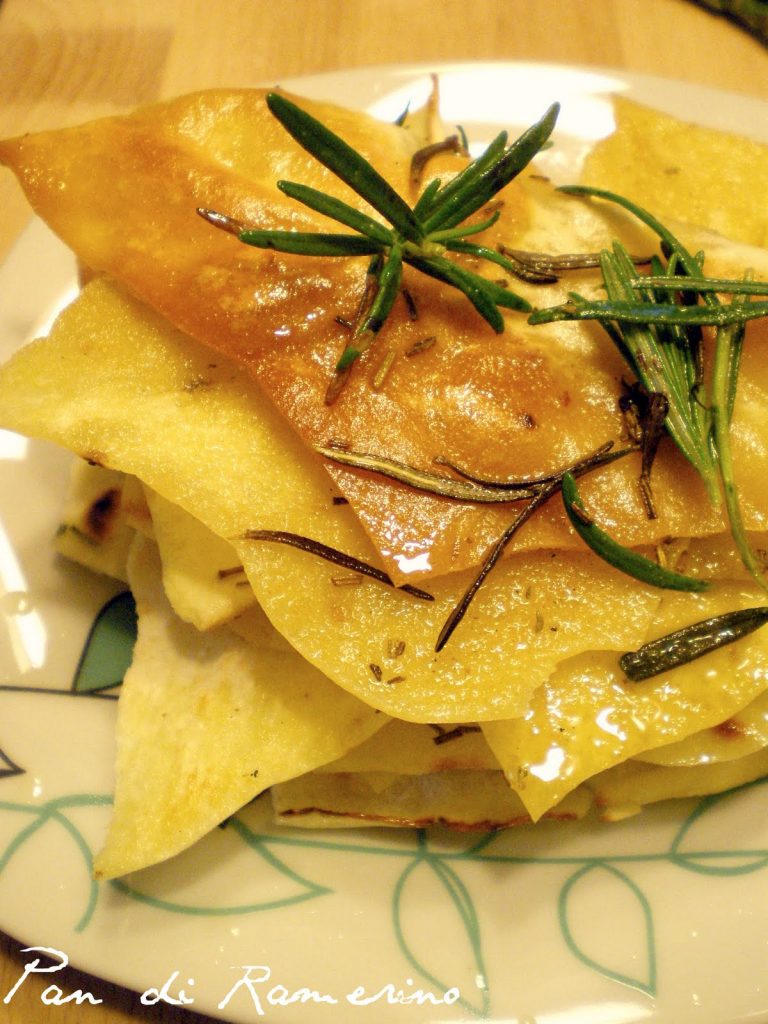 Frattau bread: much like a lasagna, it consists of alternating layers of sauce, usually with fennel, sausage and pecorino cheese. The simplest form of this bread is available in all Italian supermarkets, while the typical Carasau bread (such as Frattau) can be found in Sardinia. Abroad it available in the best Italian food shop. 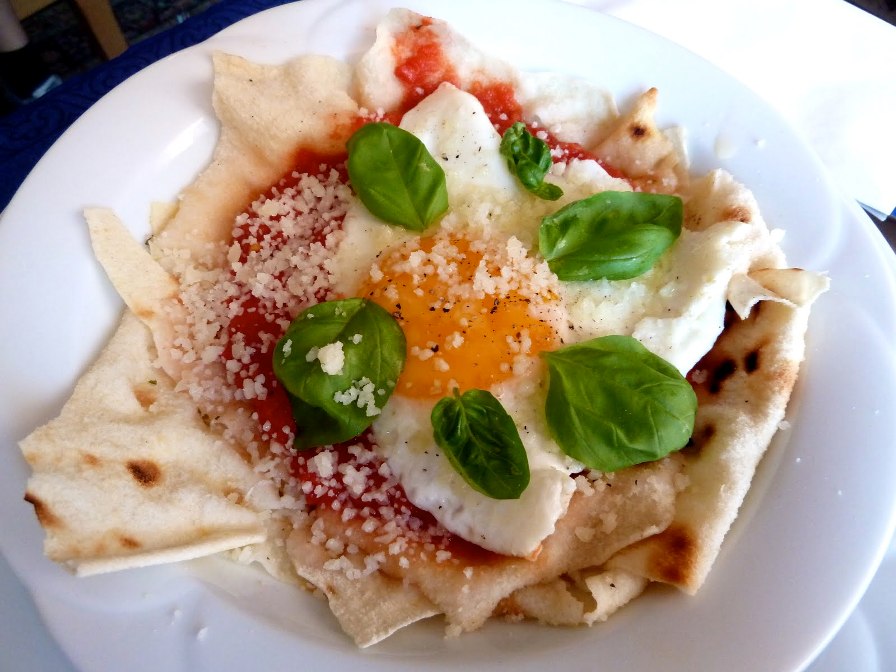