Home » Latest News» Why choose to live in Sardinia?

Why choose to live in Sardinia? 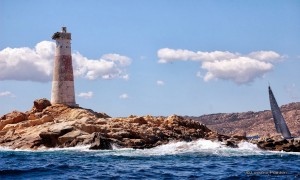 Choose to live in Sardinia is….

Residents of the Italian island of Sardinia are known for their longevity. Now, a new study also shows that elderly Sardinians are less depressed and generally are in a better mental frame of mind than peers living elsewhere. The study, led by Maria Chiara Fastame and Maria Pietronilla Penna of the University of Cagliari in Italy and Paul Hitchcott from the Southampton Solent University in UK, is published in Springer’s journal Applied Research in Quality of Life.

Various tests to measure the mental state and capacity of elderly people were performed on 191 cognitively healthy native-born residents between the ages of 60 years and 99 years old. They were recruited from the rural areas of Lombardy in Northern Italy, from the Sardinian city of Sassari and the agro-pastoral villages of Bargagia and Ogliastra on the Mediterranean island. These areas were chosen because of the high prevalence of centenarians who live on the isle. Fastame and colleagues showed in a previous study that residents from Ogliastra enjoy greater levels of psychological well-being than those of Lombardy. Her team now wanted to find out if depression among the elderly was influenced by factors such as gender, marital status, age, lifestyle choices, levels of brain functioning and the environment.

Findings from the latest study highlight the effect that one’s region of residence has on psychological well-being. It was noted that the Sardinian way of life trumps all else, with older Sardinians being less depressed and experiencing higher levels of personal satisfaction and coping strategies than is true for the norm. In contrast, the elderly from Northern Italy struggled with depression.

These findings are ascribed to the fact that elderly people from Sardinia, and especially those from Ogliastra, are physically active until late in life and feel more valued, respected and supported by younger generations. In turn, elderly Sardinians living in Sassari benefit from higher levels of wealth and physical health. They have mental health services nearby, and are involved in ongoing social, recreational and cultural activities.

The researchers expressed worry about the marked signs of depression noted among residents of Northern Italy. They advise that psychology-based intervention programs be implemented to help strengthen the self-image and self-esteem of the elderly living in these areas, to ultimately improve the quality of their later life and to ward off feelings of depression.

“Positive ageing is more evident in Sardinia, especially in rural areas, where the maintenance of an adequate social status and physical activity help guarantee a positive level of mental health in later life,” conclude Fastame and her colleagues.